Discover what made the Twenties roar with this sensational retrospective. Ranging from the end of the First World War to the New Deal, it portrays the lawless era in which old traditions were discarded and the nation went on a binge that changed American life forever.

This colorful and informative year-by-year jaunt through the 1920s covers politics, crime, arts, sports, society, and culture. Hundreds of photographs depict the era’s most noteworthy events and personalities, including gangsters, flappers, and movie stars.

Written by a former executive editor of the New York Post, this pictorial history offers candid, entertaining appraisals that recapture the riotous spirit of the decade.

Fascinating vignettes chronicle the rise of speakeasies and bootleggers, the proliferation of dance crazes, high-speed automobiles, and Ponzi schemes, and dramatic incidents such as Lindbergh’s historic transatlantic flight, the St. Valentine’s Day Massacre, and the Scopes Monkey Trial. A century later, readers will find a familiar resonance in these chronicles of a scandal-ridden and celebrity-obsessed culture.

This site is excerpted from The Lawless Decade.

The lawless decade : a pictorial history of a great American transition: from the World War armistice and prohibition to repeal and the New Deal

4 Quick and Easy Ways to Relax

How does Massage Therapy Help in Preventing Physical Issues? 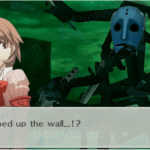